DIY Graham Cracker Haunted Houses. Looking for a fall craft the whole family can enjoy? Try this endlessly creative craft. It’s loads of fun to do with kids. 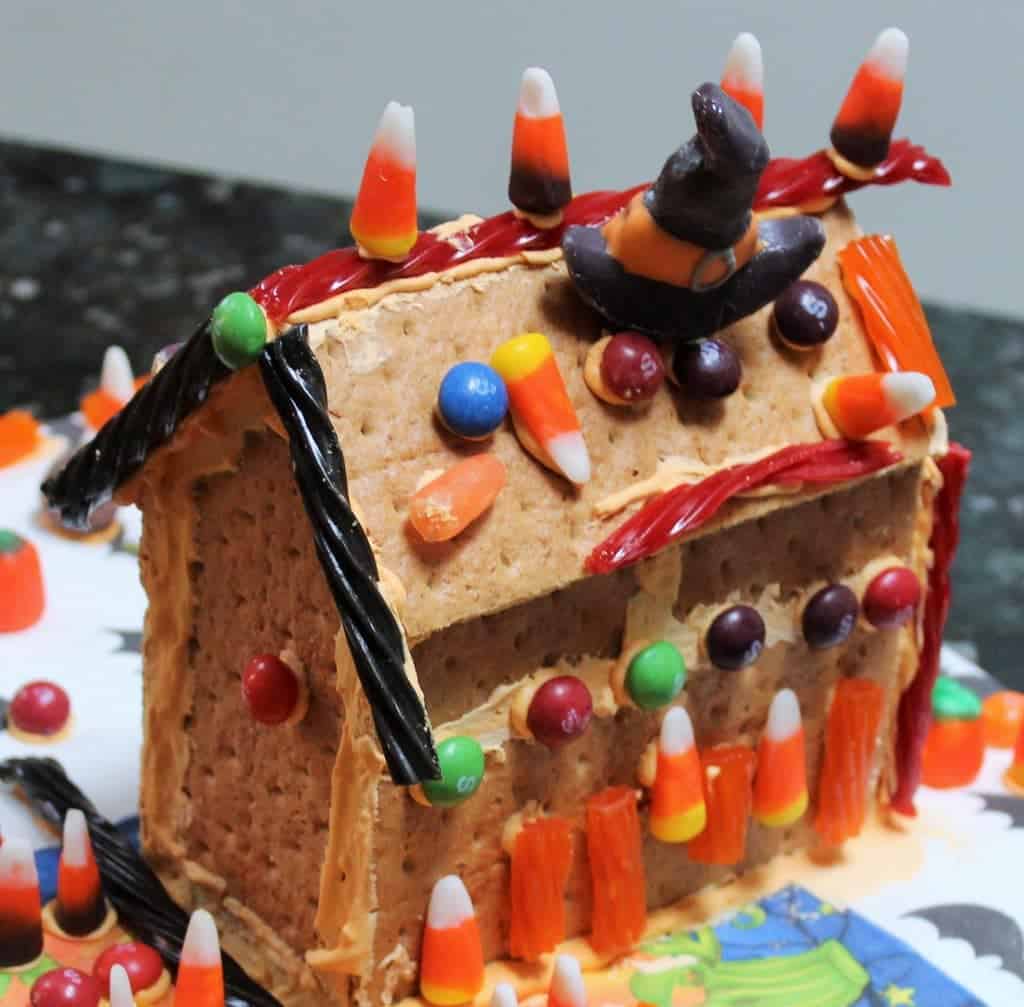 I had the pleasure of doing this craft with my three local grand girls! We started at the dollar store choosing candy; always a good start to a day with kids. Then they patiently waited while I made the frosting and set the craft up. I had never made royal icing before and had my fingers crossed it would be sticky enough to work.

In fact I have never done this craft before. All my past attempts at ‘Gingerbread-type houses were from kits. This year I REALLY REALLY wanted to make a Halloween haunted house from scratch. I did this craft with the kids to test out the frosting. Yay! The frosting worked great on their little houses. 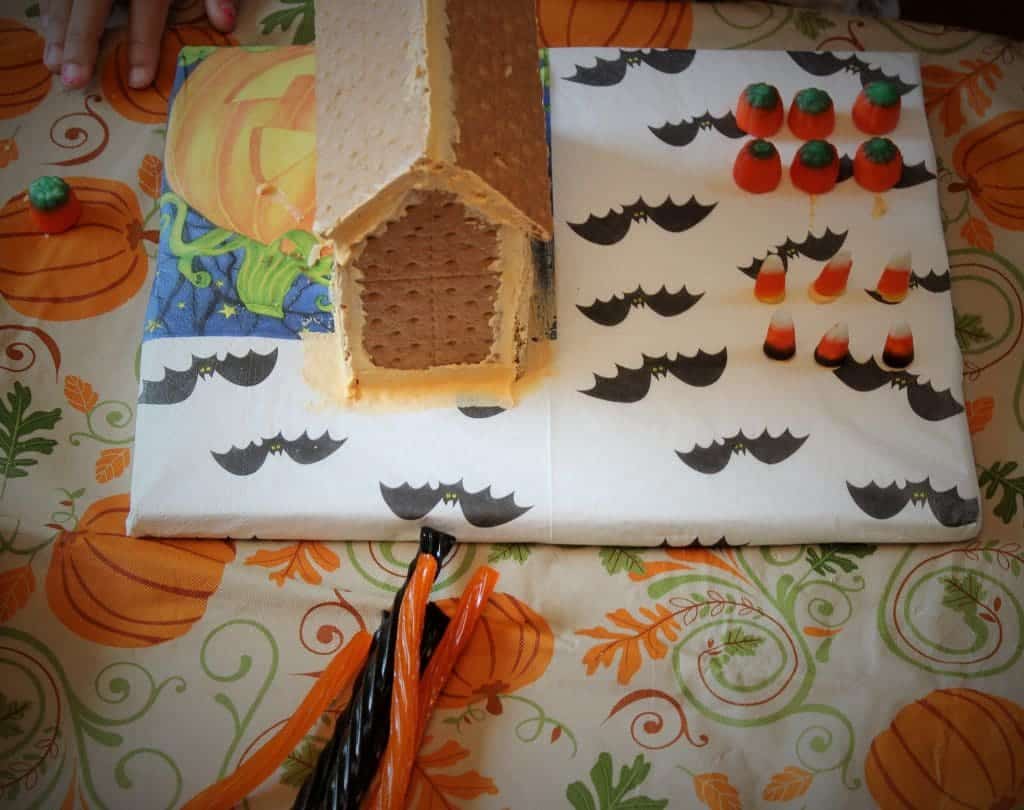 It’s so fun to let kids do free-form crafting like this. After the house was glued and set up, I loaded the frosting into quart freezer bags and cut a tiny part off one corner. I loaded up my muffin tins with candy and let them have at it! 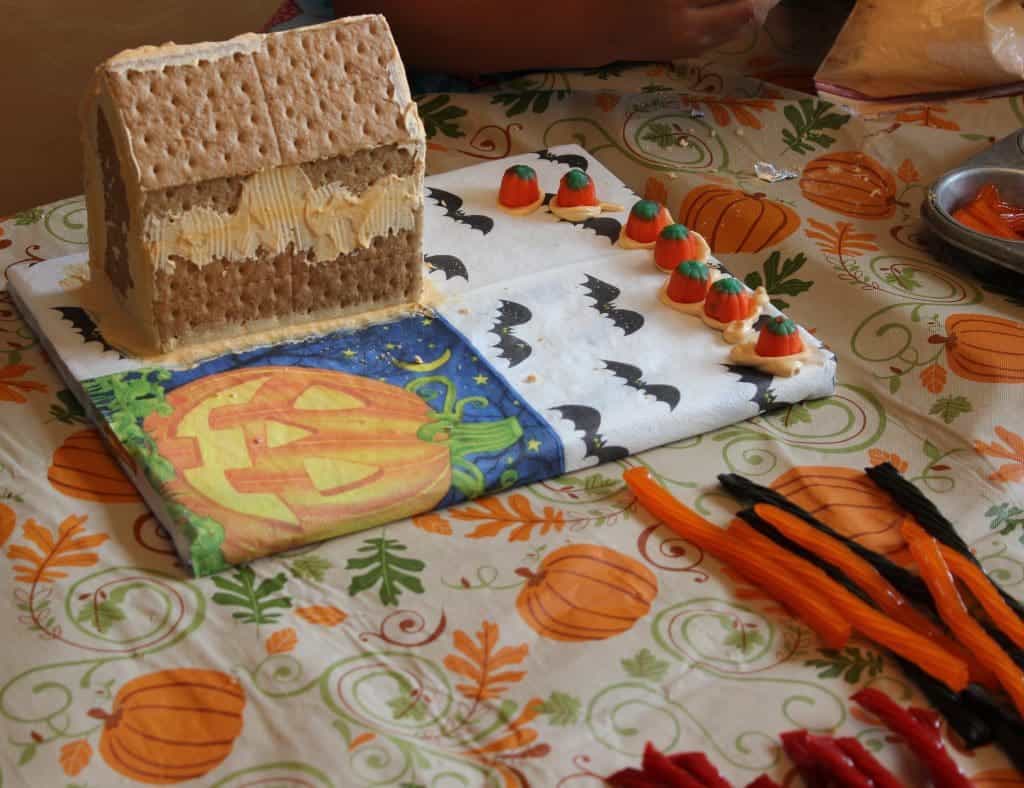 Two year old Camilla was locked into her high chair and fed copious amounts of candy, grahams and icing. She loved the craft!

DIY Graham Cracker Haunted Houses: The Process for the kids

Four year old Mylaina had a blast decorating her pumpkin patch and adding a few doo dads on the house. 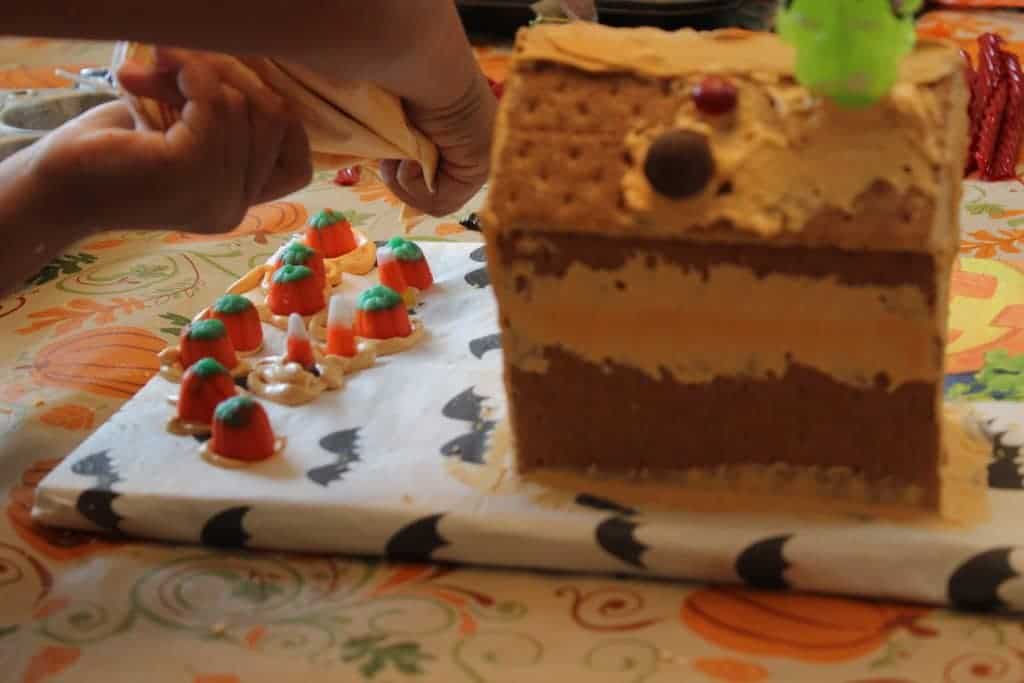 Then she directed, as Grandma finished covering the house in candy, at the wave of Lainy’s magical finger! Mylaina wanted her house totally covered in candy with a scary monster chimney. She told me after it was finished, it was so scary she couldn’t look at that monster! 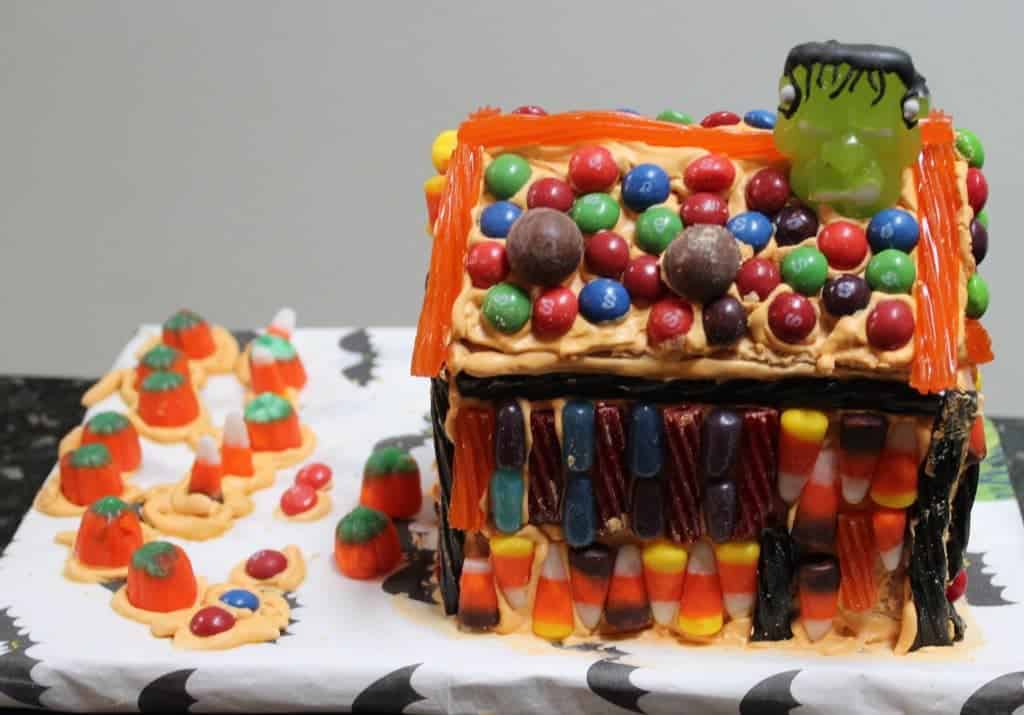 Now, Aliyah, our seven year old, did her house all by herself! She even constructed her house! 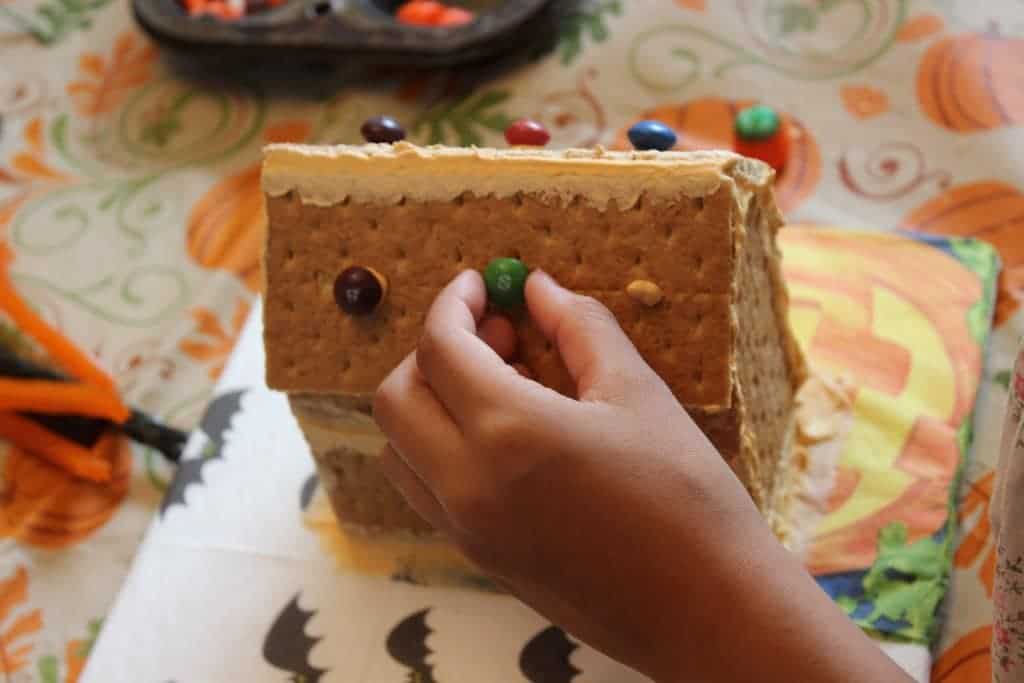 Aliyah went for an elegant, minimalist look, complete with a witch chimney and candy corn spikes on the roof line!

They  loved styling their houses and eating the leftovers. Great way to spend an afternoon with the kids. This is both a process craft and something fun the kids can create,  show off and eat.

We proudly, and carefully (“slow down on those corners grandma and watch the bumps!”) transported the Haunted houses on their boards in my car’s trunk to the girl’s home. They were so excited to show off their haunted houses to their parents. I sent extra frosting and candy for repairs. Thankfully, The houses transported without mishap.

Here are a few ideas for Halloween motif items that may help you set the stage. I even found some really thin cutting boards for the bases. If you purchase from our affiliate links we may receive a small commision at no extra charge to you. Thank you for supporting Homemade Food Junkie.

An easy homemade icing glue for this DIY Haunted Graham Cracker Project and any gingerbread house you may want to tackle. 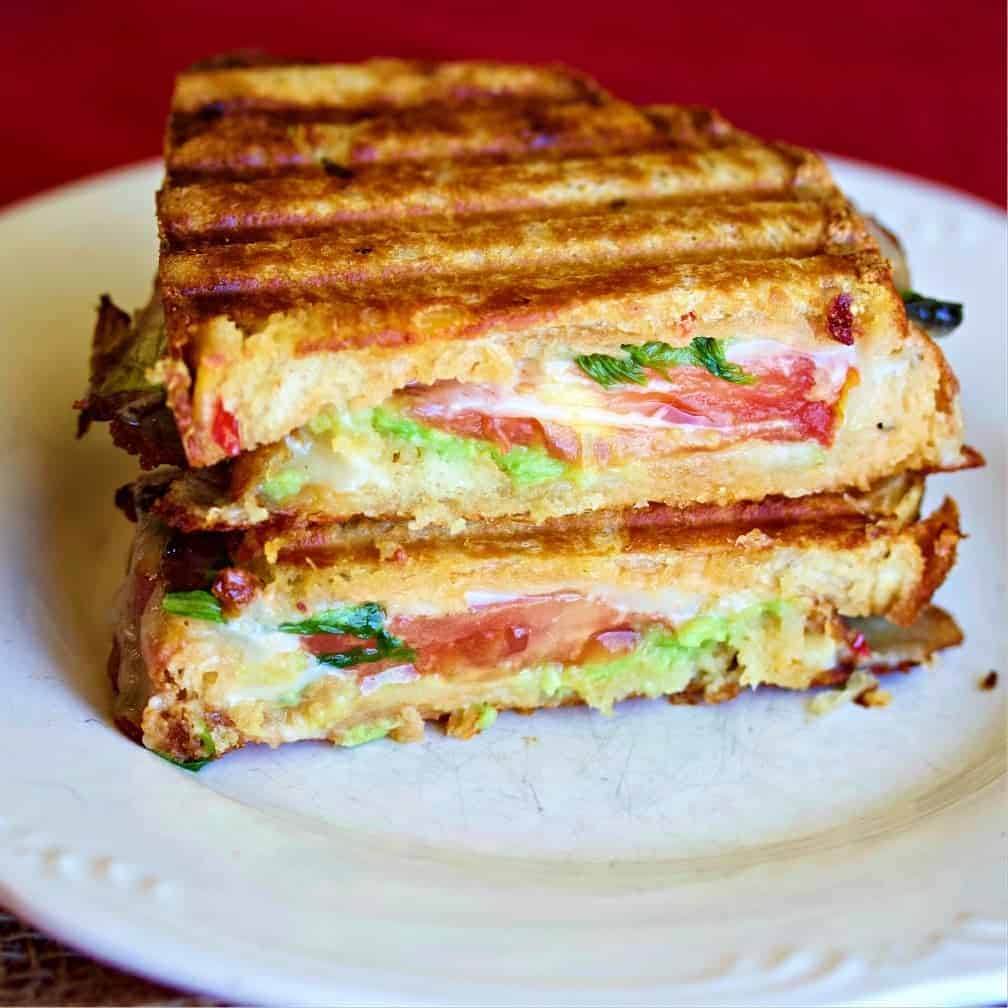 that is super cute and This is so creative,

Chelsea @ The Johnsons Plus Dog

What a cute spin on a Christmas craft. I've never seen a "gingerbread" house done for anything but Christmas. This is so creative. Thanks for sharing at the #HomeMattersParty - hope to see you again this weekend.

Thank you Chelsea. The kids loved this craft!