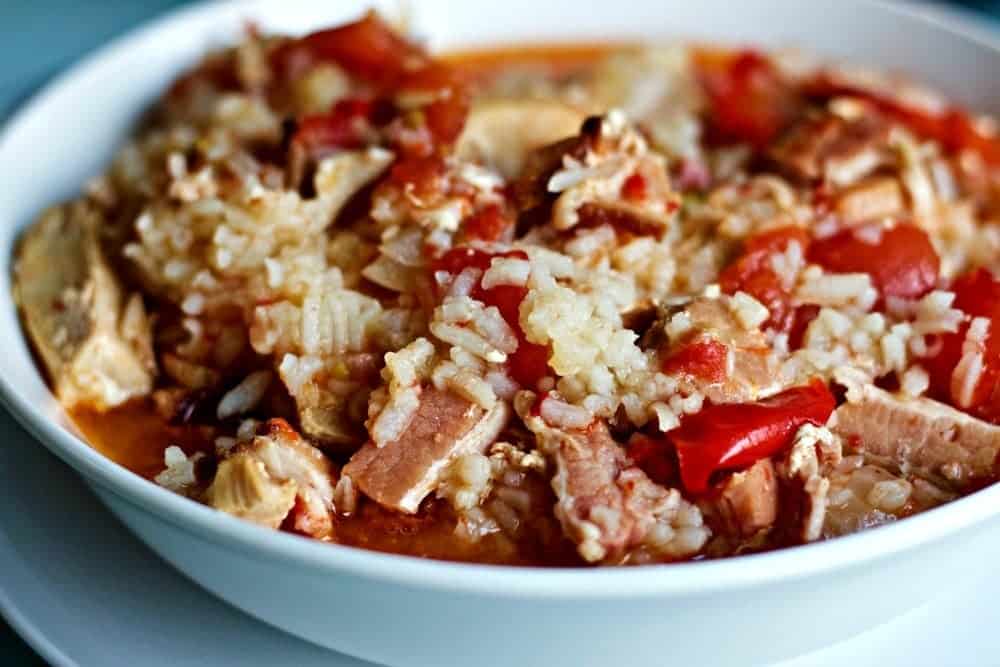 This Fall our garden is stocked with ripening tomatoes and peppers. Dave shut the greenhouse down early due to fungus. He going to let the greenhouse freeze this winter in hopes of discouraging the mold and mildews.

Outside, the garden carries on. Dave brings in new delectable, fresh garden treasures every night. 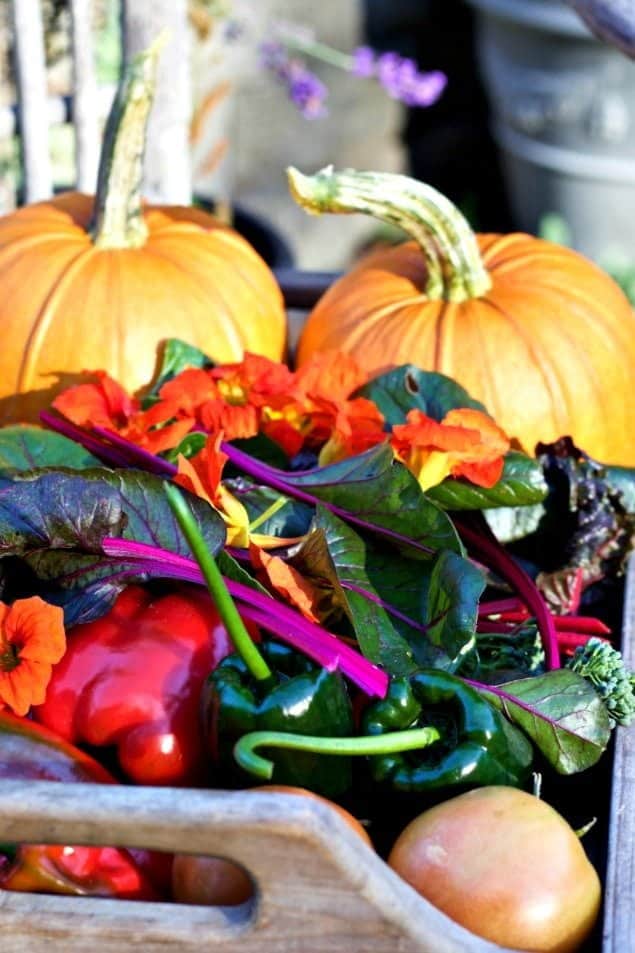 A Garden harvest in October 2016

However, They tend to stack up in my kitchen. Slow cooker Chicken Stuffed Pepper Soup came about because my counters needed space!  Tomatoes and peppers fill baskets and bowls. Three five gallon buckets worth of GREEN tomatoes sit on my porch awaiting my inspiration. I have no elbow room to cook!

I was out of hamburger and really wanted to make a stuffed pepper soup. But… I had chicken and bacon. Happy result. The bacon and Sweet Mesquite seasoning (any dry smoked seasoning with mesquite should work here) add just the right touch of smokiness to keep this soup interesting.

I have a recipe for pepper soup that uses hamburger. That’s what I was going to make until I realized I had no hamburger. This chicken bacon version is Really good. The bacon and chicken worked so well with the peppers and rice. Yum! 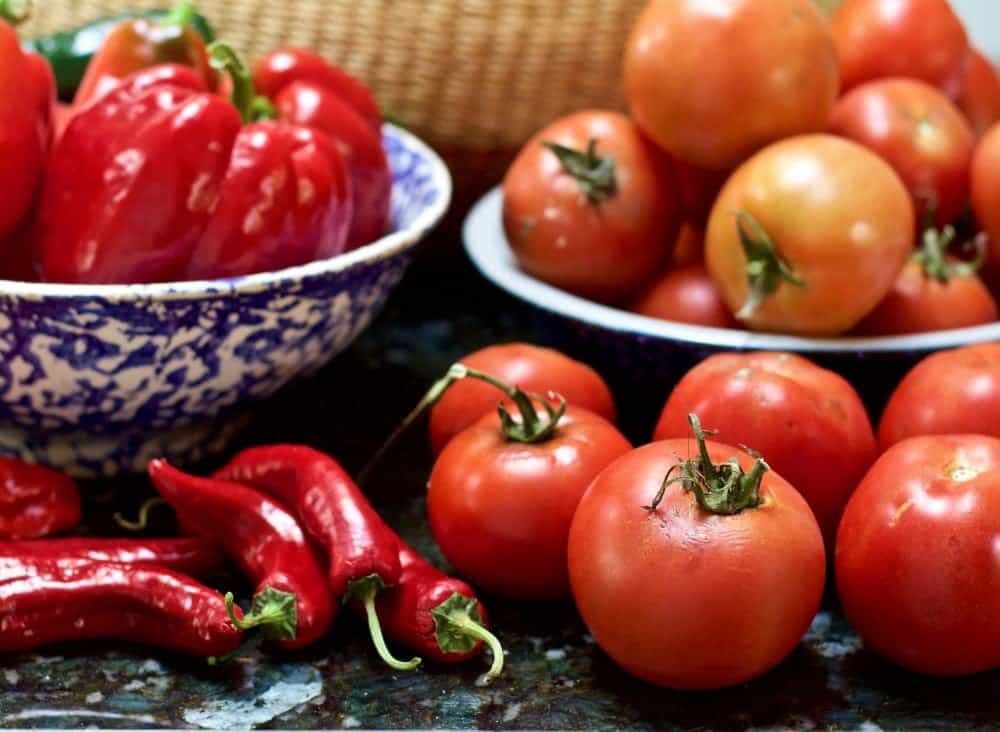 Peppers and volunteer tomatoes October 2016. Notice the tomatoes are imperfect. They are absolutely fine for recipes. I just cut off the shoulder before I cut them into chunks for this recipe. I wouldn’t freeze them whole but they can be dried if the imperfect parts are cut off first.

The Fall garden harvest is good to us. Dave and I eat very cheaply this time of year. And we eat really really well! The food just keeps coming in the door without a penny spent on good fresh produce. I just have to keep ahead of it. 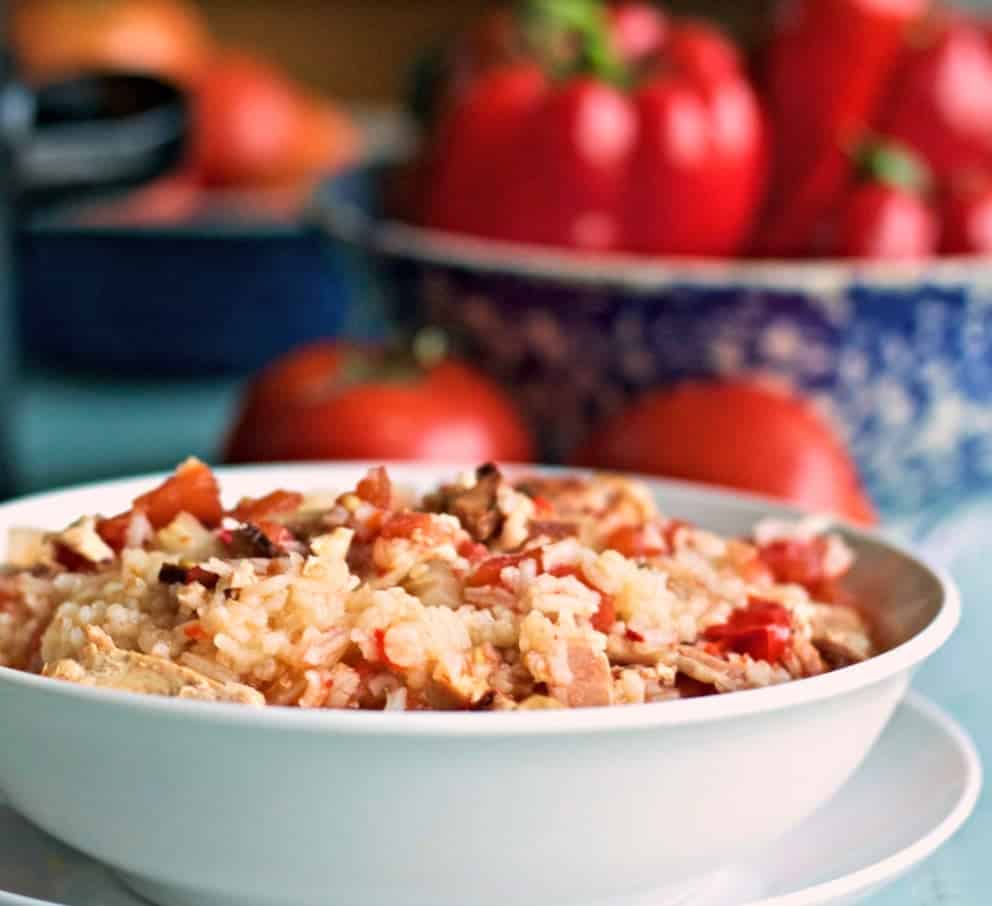 Crock Pot meals like this are my favorite kind of meal to make. I start them early and let em cook. my house smelled like cooked bacon and peppers all day. Yum! 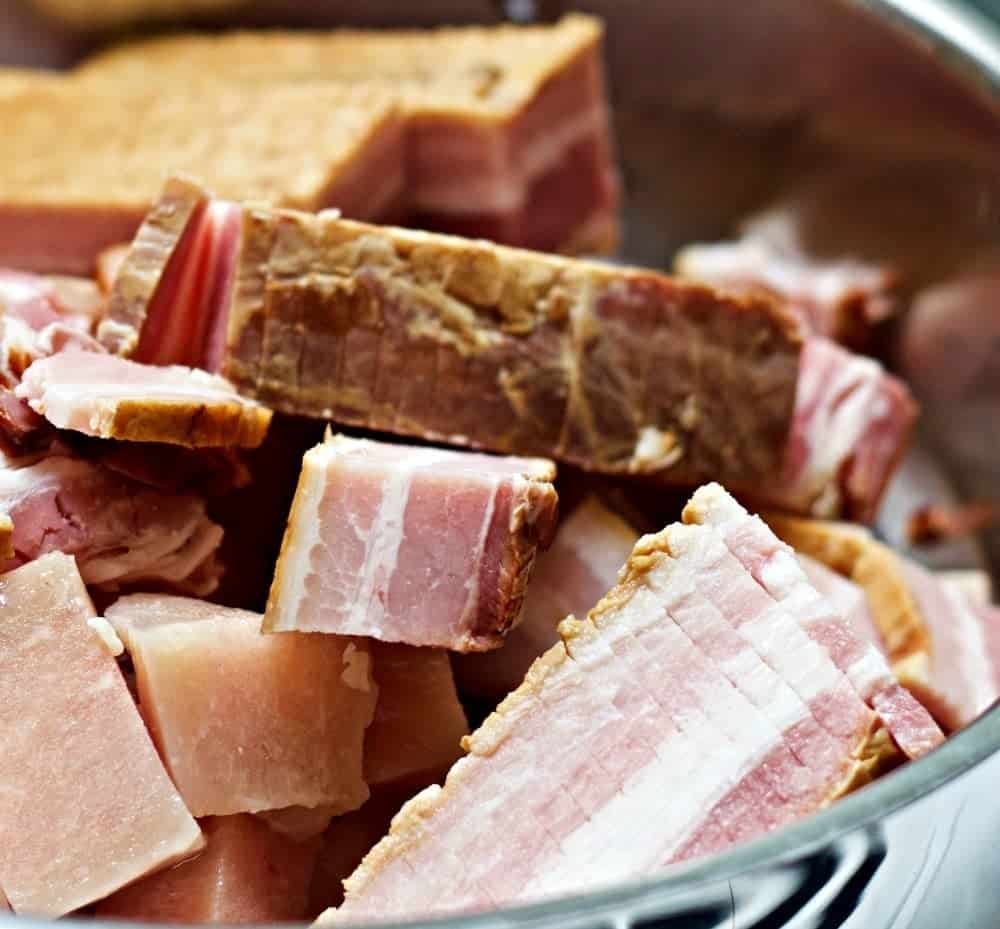 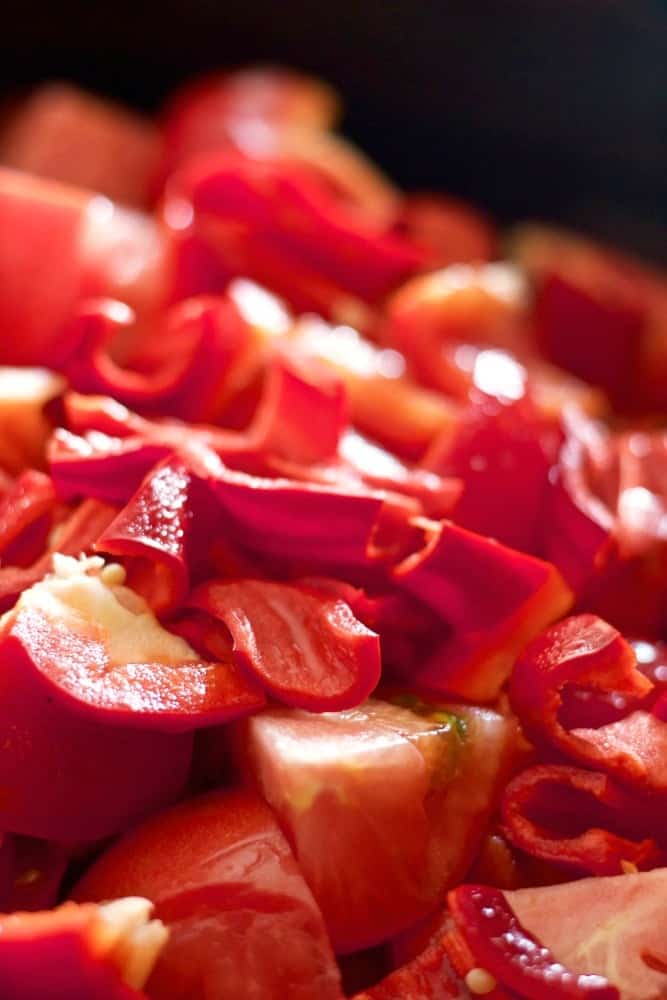 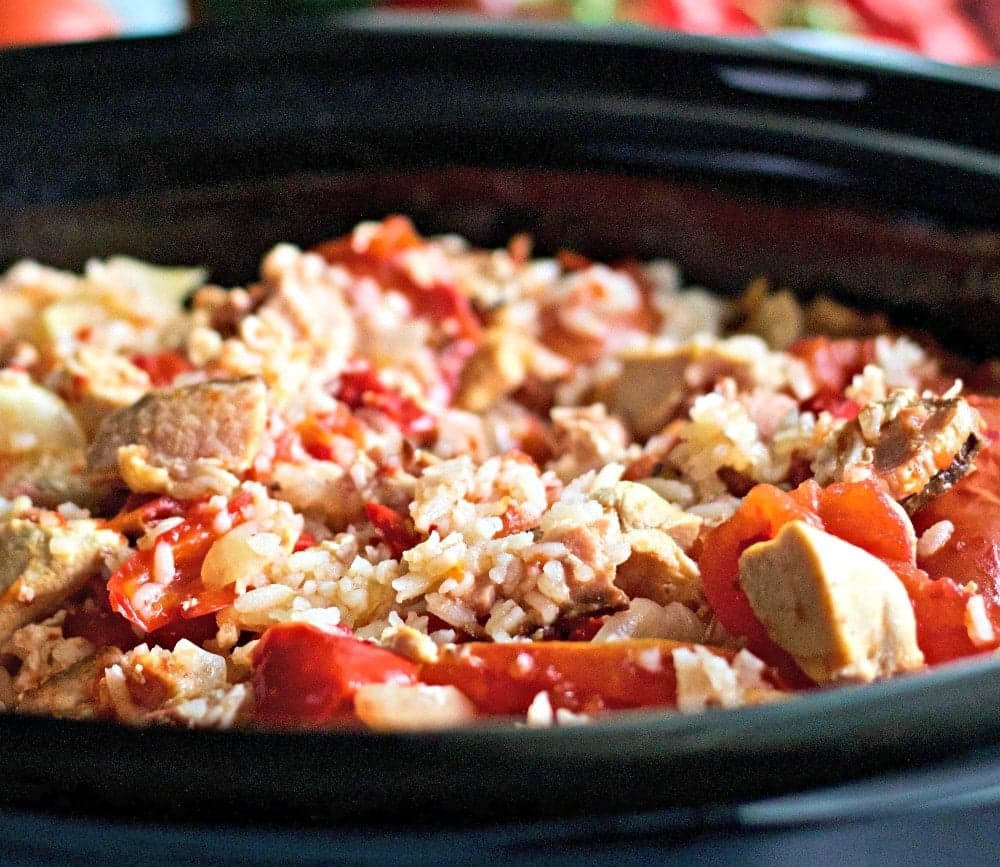 This soup is just so perfect for cool Fall nights. Warm and comforting! 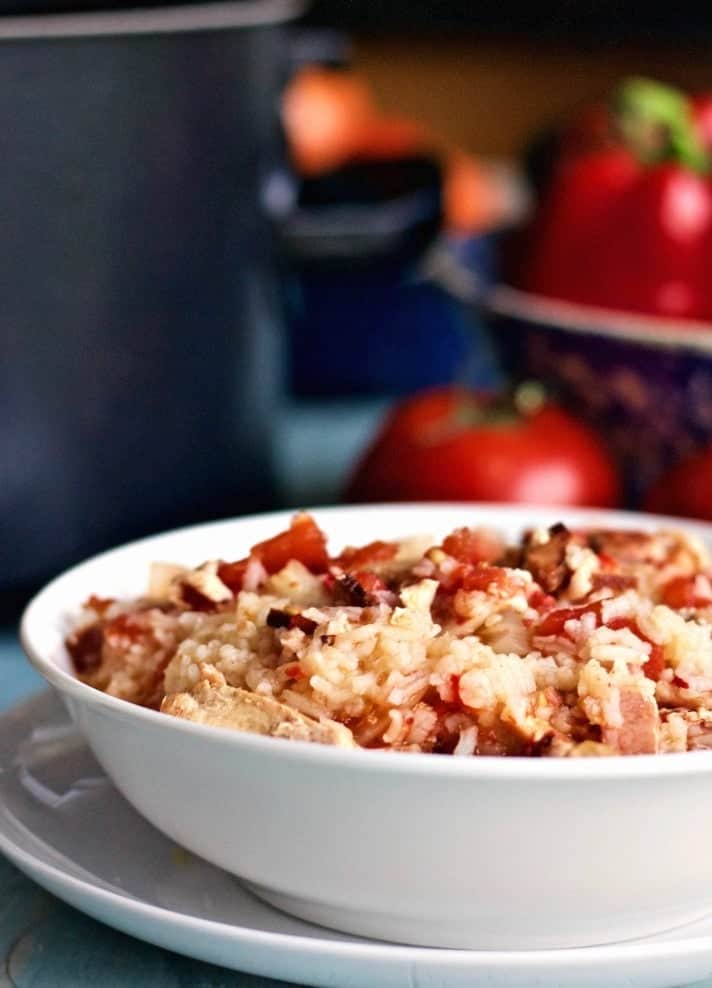 Here is the printable recipe for you. 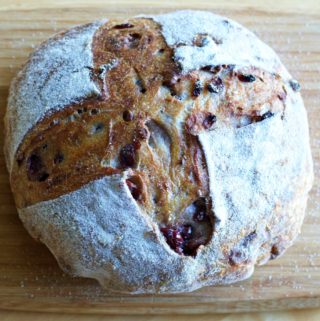 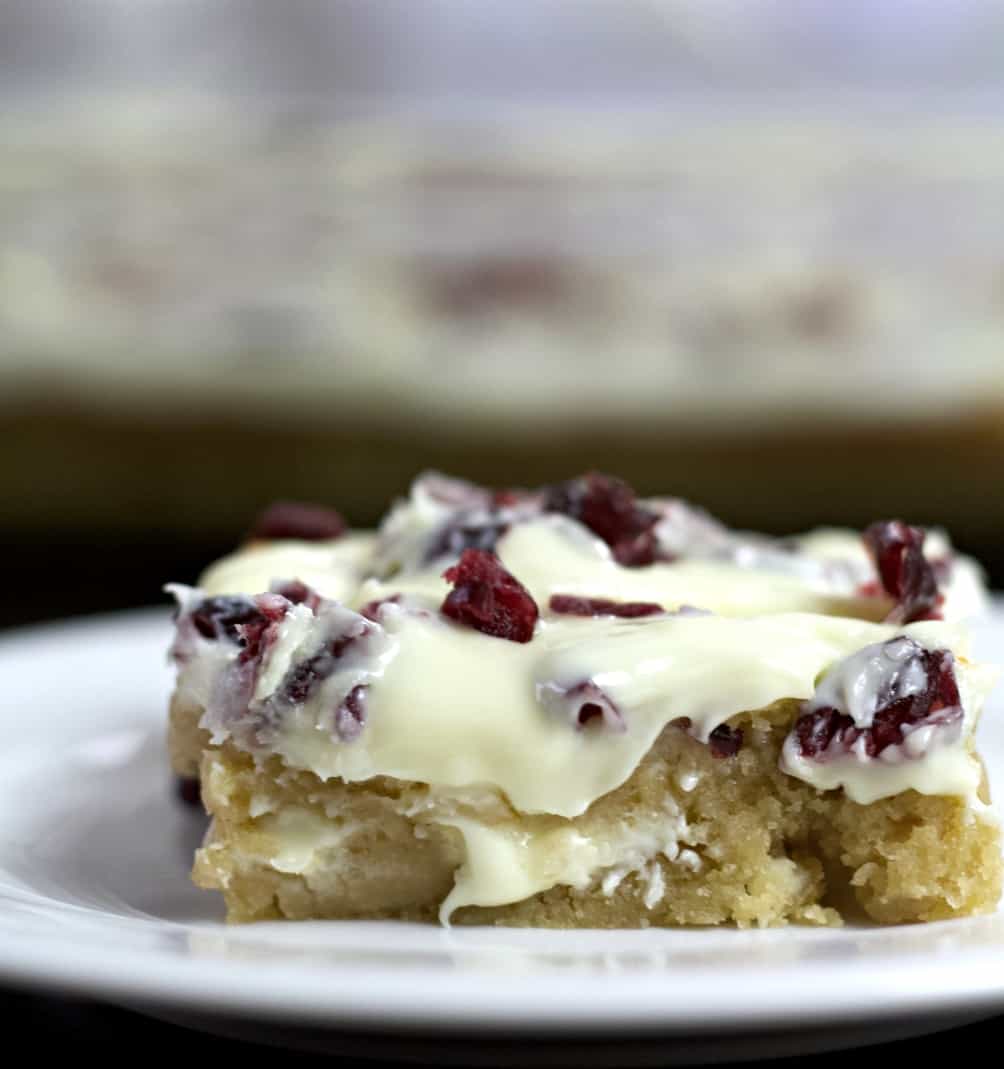 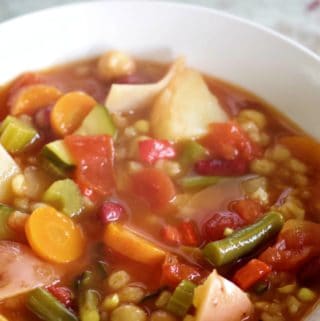